Multi-Nets NAT function can help TP-Link SMB router provide NAT translation for multiple subnets. And in order to divide an internal network into several subnets, a L2+/L3 switch is needed.

Let’s take an example to explain in detail. A company has three departments in a building, Marketing, Finance and Personnel. Each department is assigned to an individual subnet. The requirements are as followings:

1) All the departments should be able to communicate with each other. 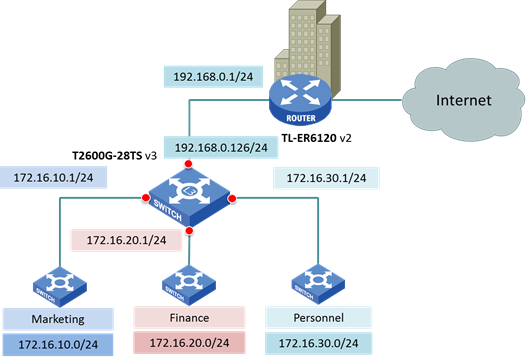 As the topology picture shows above, in this application scenario, we use TL-ER6120 v2 and T2600G-28TS v3 as configuration example.

Note: For other models’ different hardware versions, there may be different UI. But the configuration process of different UI is the SAME as the example’s UI basically, like: 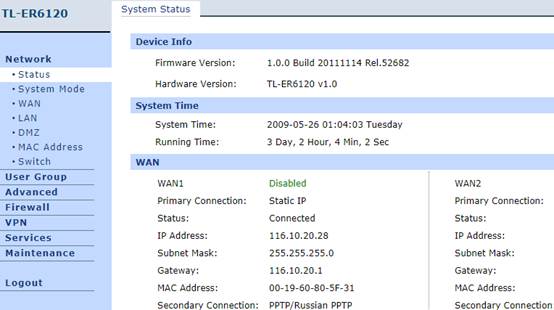 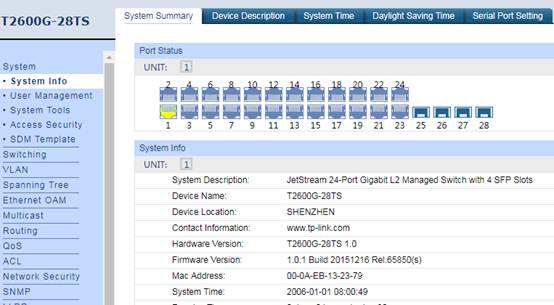 Go to Transmission---->NAT---->Multi-Nets NAT, Click Add. Add Multi-nets NAT entries for the three departments: Marketing, Finance and Personnel as below. Noted that the Interface is WAN1 because now we want these subnets segments to access Internet via WAN1 and Source IP Range is the corresponding department’s subnet segment.

So far, we have finished the configuration on TP-Link router TL-ER6120 v2. Next we will continue the settings on T2600G-28TS v3. 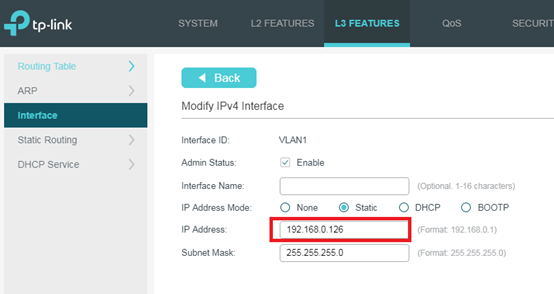 Here we create corresponding VLAN as we thought. Port 22 in vlan 1 as the uplink port. We create port 21 only in vlan2 for Marketing, port 23 in vlan3 for Finance and port 24 in vlan4 for Personnel, select ports as untagged and modify PVID as the corresponding VLAN ID. Go to L2 FEATURES---->VLAN---->802.1Q VLAN---->VLAN Config, click Add.

In the pop up page, we create vlan ID as 2 and add port 21 as Untagged Ports. 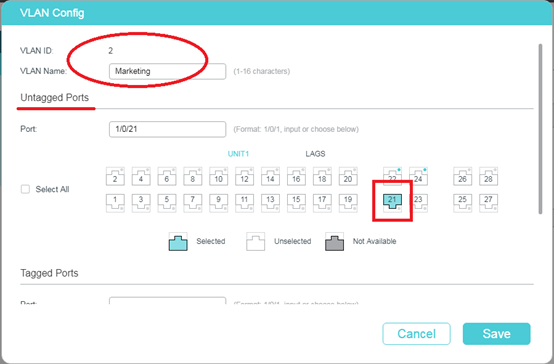 Go to L3 FEATURES---->Interface, click Add. We set the interface IP for vlan2, vlan3 and vlan4 as following screenshot.

T2600G-28TS supports multiple DHCP pools to assign different subnets. So we can use T2600G-28TS as DHCP server. 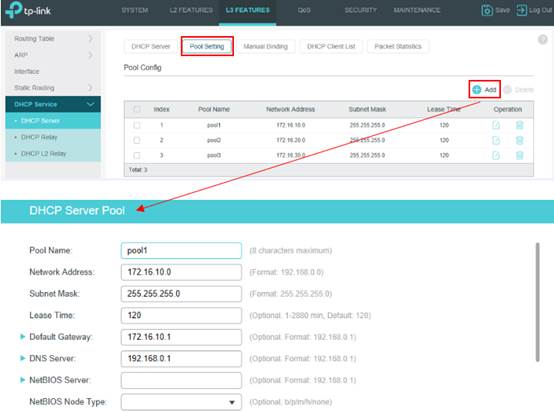 With the topology and all the settings above, the three departments in different subnets can communicate with each other through the T2600G-28TS v3 and access the Internet via the gateway router TL-ER6120 v2.

Your feedback helps improve this site.

What’s your concern with this article?

We'd love to get your feedback, please let us know how we can improve this content.

Get products, events and services for your region.